I got my start in this industry at an early age, practically ‘born into the business’. My mother was a publisher and my step-father owned a printing plant. This led to an early education in typesetting, layout, and printing which proved to be a bit of an asset later on!

After several years working at my mom’s publishing house during my high school and art college years, I headed off to the UK to pursue a career in the theater designing sets and props, I wasn’t interested in going into the family business – at that point!

I got to work on some great shows in London, like Les Liasons Dangerous and Phantom of the Opera, plus a whole bunch of Shakespeare stuff at the Barbican. After a year of being ‘skint’, I was hired to run the report production department at a management consultancy (Booz,Allen). They had Xerox Documentors, which I learned how to use, but we quickly brought in some Macs and the next stage of my career had begun. I then worked freelance in the UK for a few more years, specifically producing data-driven graphics and data analysis for consultants.

I should have stayed in the UK, but instead I moved to Miami, which was pretty interesting at the time. I got a job in short order at a printing plant and was lucky to learn everything I needed to get jobs printed, successfully, at the start of my career.  The highlight was Capt. Harry’s (practically an institution in Miami) Fishing Supply Catalog, one of the first to go digital. I also met several designers who became clients once I left there to work freelance. The full extent of my talents were not utilized in a printing plant.

I built up my reputation in Miami as a top-notch production person and I did some fantastic production jobs for clients like Pepsi, Knight-Ridder and Mercedes-Benz and others. I didn’t design these, I did do the layout for all the pages. They were designed by one of the best designers I’ve ever worked with, John Norman, who went on to great heights. The Mercedes catalog was done in the last century and the design still works beautifully today. I didn’t go from Capt. Harry’s to this, there was lots of other work in between, they are shown below. I wanted to get some good stuff near the top of this page so you don’t lose interest!

Cruise Lines were big in Miami, besides doing many maps (see below), I did lots of brochures and the ship diagrams too.

I also did the layout and production for Graphics of the Americas, a huge printing trade show in Miami, for quite a few years. I didn’t design them, this isn’t my style, too busy, but I did layout all the pages and create all the artwork It was a great job with an exhibitor prospectus, seminar prospectus, 50 ads in 5 languages, postcards, badges, posters, etc. Those were the good old days. I didn’t even have to quote on them and they paid great.

This was another client in Miami, an educational foundation that promoted conflict-solving in the classroom. I did design these and did several educational books, magazines, workbooks, catalogs and posters for them. A great client and really nice people devoted to Peace Education.

Because of all the real estate development in Miami, I did a lot of maps, floor plans and site plans.

I did hundreds of floor plans, from basic to fully furnished like this one. Also, another great gig.

In the early 2000’s, I decided to fulfill a dream and become a shoe designer and I attended the Cordwainer’s College in London England. I didn’t pursue it because I was making lots of $$ doing graphic design and the shoe designer pay was poverty level. Fifteen years later, maybe it might not have been a bad idea. These are some shoes I designed and made.

These were for a project we did at Cordwainer’s. Shoes for a trip to Europe for a certain type of customer. The customer was me. I did do the drawings and all the different shoes I invented are illustrated. If you click on the drawings you can get a larger image. FYI, the Cootie Booties shown below are for wearing in your hotel room, so you can keep your feet clean. I had blow up shoes and boots, in the photo at left, and the roller blade shoe a long time before they came out.

Since moving to Las Vegas I’ve done a lot of stuff for the local Kinetico dealer, most of it I’m not proud of. However, they pay right away, they are great people too and I get to do different things, like applying graphics to vehicles. It’s like a big craft project printing and preparing all the film. Several of the water conditioner installers come to my house with the truck and we do it there. Most of the vehicles look great, from ten feet away!!! Other stuff I’ve done for them is: lots of signage; ads; posters; hats; banners; forms; in-store displays; loads of stuff for their Home Depot program; everything a business needs.

This is stuff I’ve done in recent history for a start-up. They created a unique personality test.

A previous version of their pitch deck presentation for their first round of funding. It was a simpler design and fully animated. You can download it here… animated-pitch-deck

These are for a local Las Vegas homebuilder, Harmony Homes. I did lots of them for an agency here in town. I would love it if they would call with more. LOL but seriously!!! 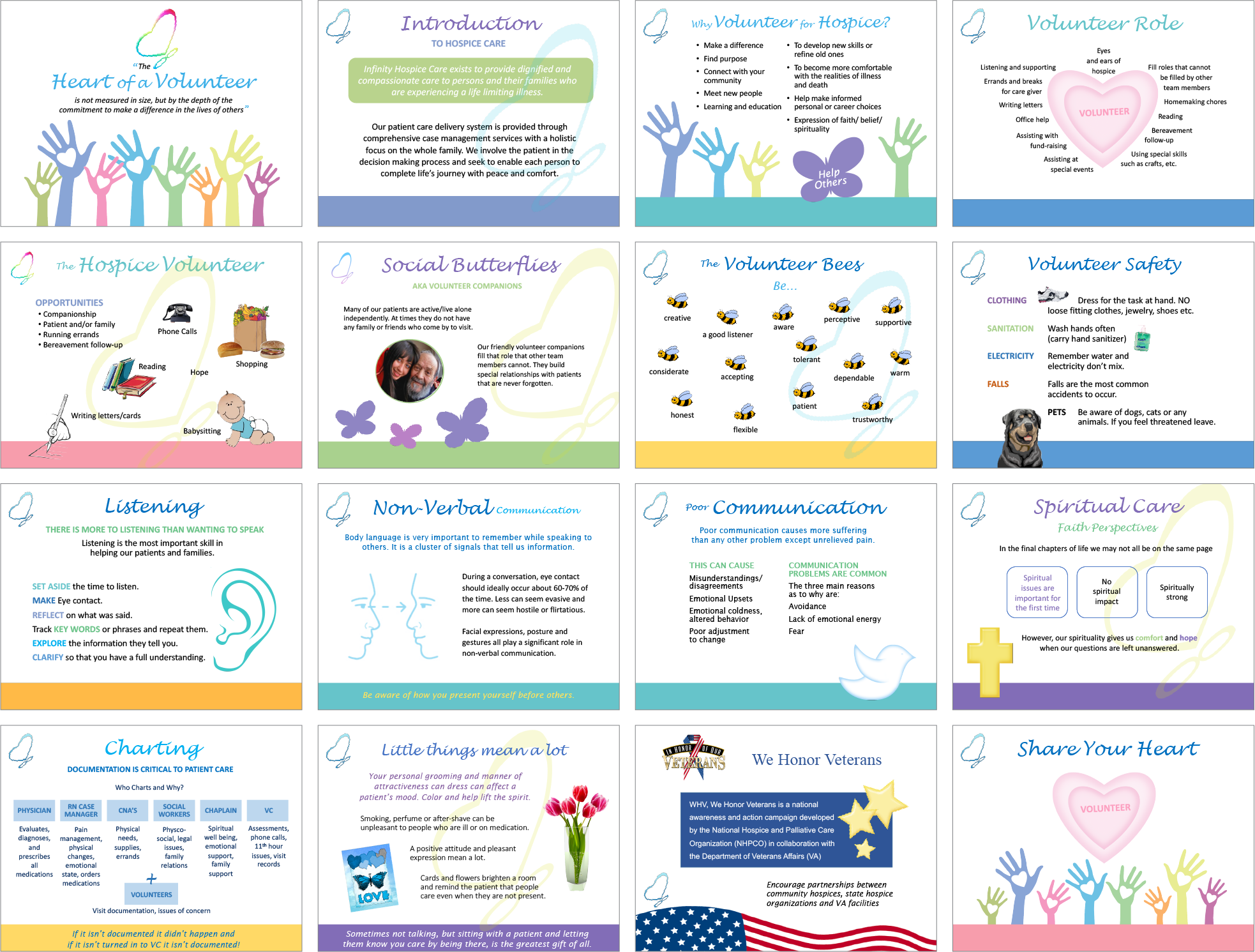 Presentation for a volunteer program. It’s fully-animated. Download it volunteer-presentation.

In addition to graphic design, I have a business decorating bathroom fixtures, decoratedbathroom.com. Like many people these days, I need two jobs to make a living. 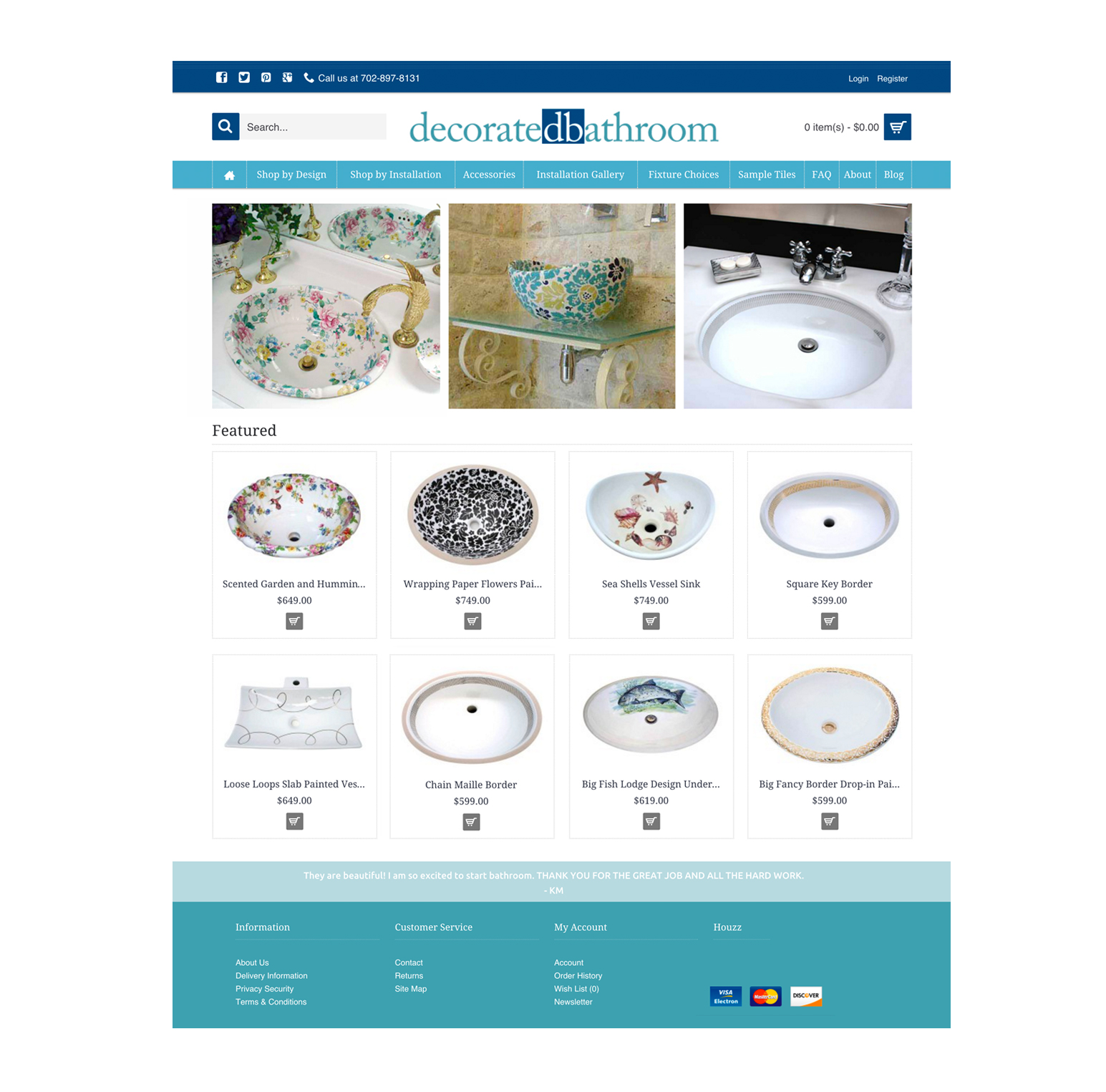 That was up to a few years ago, please visit Recent Work to see what I have been doing lately. Thanks. – Lynne